The global pivot in the automotive industry from fossil fuels to electricity has been accelerating in recent years, with the EU and other nations declaring goals to eliminate fossil fuel cars by 2035. While this shift may bring a positive impact on climate change, could it introduce new health and safety risks for EV workers and local EMS authorities?

This is a question that is often overlooked as industry and political leaders tout the advantages of EVs, including reduced greenhouse gases in support of climate change agendas. Whereas much of the debate of whether EVs will catch on has focused on extending their driving range and reducing car prices to lure more consumers to buy — many infrastructure challenges still remain including access to charging stations in rural environments, battery disposal, and more. However, one issue that should take priority over all of the above is ensuring the safety of the men and women tasked with building and servicing EV cars, and the first-responders (firefighters, law enforcement, tow operators) who must tend to them in an accident.

In the automotive industry, a vehicle is considered to be high voltage when they operate at 60V DC or higher. Four wheel vehicles typically operate at 300V (or higher) and present a very real risk to manufacturing workers who assemble the cars as well as service technicians who take care of them after the sale. Voltages present in electric and hybrid vehicles (EHVs) are significantly higher (currently up to 800 Volts direct current (dc)) than those used in other vehicles (12/24 Volts dc). In dry conditions, accidental contact with parts that are live at voltages above 70-90 volts dc can be fatal.

There are multiple drivetrain components that interact with the high-voltage battery pack(s), including: traction battery pack, DC-AC inverter, electric motor, DC-DC converter, onboard charger, PTC heater, power distributor, and more. The most common risk to workers is electrical shock and the degree of injury depends on the intensity of the current, resistance met, and duration of exposure.

Here are a few of the risks of interacting with high-voltage automotive components:

It is essential that manufacturing workers and service technicians are properly trained (including recurring training) as employers are liable for worker safety under OSHA Standard 1910.132 which governs PPE and associated training. Typical PPE for EV production might include: insulated gloves, goggles, non-slippery insulated boots, a hot stick (insulated pole used to separate a person being shocked from the source). Not only should workers be trained on the proper use of the PPE, but also safe methods and processes for interacting with high-voltage EV components.

Going back to 2012, safety organizations such as NHTSA, NFPA, UL, PPE manufacturers, and EMS organizations began looking into the PPE used by firefighters, current electrical PPE, existing electric vehicle emergency response guidance and tactics, and analysis of specific hazards responders may face when dealing with EVs. Making matters more ambiguous is the question of jurisdiction to set safety and equipment standards. According to Occupational Health & Safety magazine, OSHA’s jurisdiction in these emergencies is not clear. Firefighters employed by publicly funded fire departments are typically outside OSHA’s jurisdiction, but tow and salvage operators employed by private-sector companies are within it.

In the 2017 Lake Forest fire, a Tesla Model X’s battery caught fire after it crashed into a garage. NTSB engineer and highway investigator Thomas Barth said that firefighters poured thousands of gallons of water on the vehicle in an attempt to put out the blaze. “They didn’t realize that they had to direct water onto the battery compartment under the car to cool the battery and stop the reaction causing the fire,” Barth explained.

When GM launched the Chevy Volt back in 2010, they realized the need to training EMS workers, so they conducted a series of training courses to educate police officers, firefighters, paramedics, and other rescue staff on the essential skills of dealing safely with electric cars. This training included such essentials as cutting through the car’s thickened chassis and door pillars in order to rescue trapped occupants as well as being able to identify high voltage power cables in the transmission and power systems of the extended range electric car. The training also includes the locations and safe removal of mechanical battery disconnect service switches designed to split the battery pack up in such a way that electrical shock risks are eliminated. However, it is unknown how many workers have been trained or if the program still exists today.

Aside from GM, the NFPA offers certification courses to EMS workers but it is unclear whether these are required CE hours or elective. Because of COVID travel restrictions, it is also unclear how frequently the training is offered.

In the absence of ongoing efforts by automakers, how are EMS workers supposed to maintain proper competency to respond to vehicle incidents involving EVs – including safe extraction of injured occupants?

We believe VR-based training could bridge the gap by helping EMS organizations (particularly those in rural locations) access ongoing, real-time training from SMEs in a more effective manner than attending a one-time live training event and then hoping they can recall safety procedures months later when responding to a real EV incident.

Because of the danger associated with electricity (aka “the silent killer”), conducting live training in and around live high-voltage systems is not advisable. Instead, virtual reality offers a safer alternative that also offers many distinct advantages over real-world training for assessing trainee engagement and application of knowledge to the tasks they need to perform.

One such benefit is the ability to use eye and hand tracking technology to ensure trainees are focusing on the appropriate task sequences. This data can be captured and used for analysis to predict a variety of training efficacy outcomes. Another advantage of VR training is the ability to simulate dangerous scenarios in a safe, controlled environment. This includes scenarios “when things go wrong” to illustrate what not to do – all the while protecting the safety of trainees from the real thing. In other words, VR training environments become a “safe place to fail.”

Another advantage of VR training that has become valuable in the post-COVID era is the ability for centralized SME trainers to be in one geographic location and interact with trainees in remote locations inside the same virtual environment (multiplayer capability). Trainers can interact and communicate with trainees to guide them through a process in real-time and these interactions can be recorded from the VR headset or broadcasted onto monitors for others to watch.

Finally, because of the need for ongoing training reinforcement, VR training allows trainees to engage in self-paced learning while not interrupting business operations such as shutting down real EV production lines or raw materials warehouses to perform live training.

Answering this question requires more data, but we can borrow insights from other VR training examples in high-risk environments with explosion potential such as Oil & Gas. Dozens of Fortune 1000 companies in the Energy sector are already using VR training as part of their MRO and Safety training protocols.

One of our Energy sector clients used VR training to uncover an opportunity to reconfigure its fuel loading equipment at terminals to improve operating efficiency and worker safety. Examples like this serve to remind us that VR is now mainstream and measurable improvement of EBITDA and worker safety are real.

Transforming the 130-year old automotive industry from fossil fuels to electricity is not without its challenges – but health & safety should not be one of them. Modest investments in VR training could reap big benefits as automakers, municipalities, trade associations, and the private sector seeks to ensure that owning and servicing an EV car doesn’t result in a game of life or death. 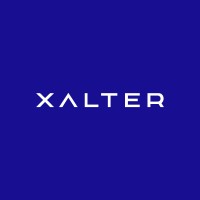 Explore how we help our customers make money, save money, and reduce risk through XR technologies.